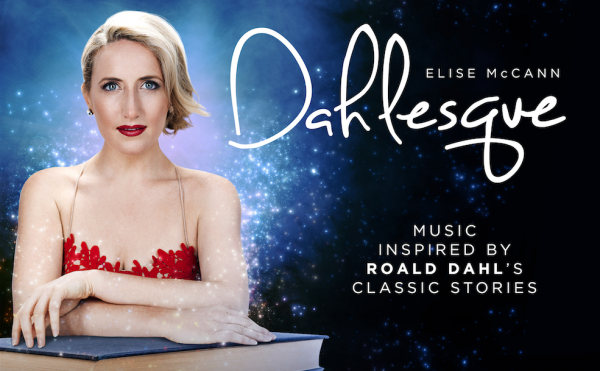 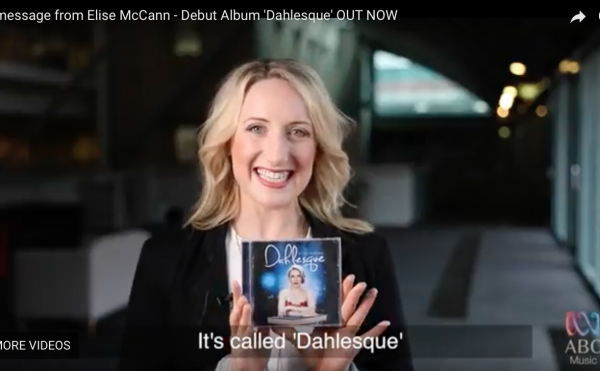 DAHLESQUE explores the fantastical imagination and sardonic world of the irrepressible Roald Dahl, in a gloriumptiously irreverent and magical concert. Roald Dahl has captured the imagination of generations of children and adults. Perfectly combining the dual thrills of fun and fear, his penchant for the sardonic and sadistic has coaxed hundreds of millions of readers into his terrifying but alluring world. Inherently theatrical, Dahl’s books have sold more than 200 million copies, and over the decades inspired blockbuster musicals, movies, pop music, and more.  Featuring music from Tim Minchin’s mega-hit Matilda, the classic Gene Wilder movie Willy Wonka and the Chocolate Factory, Pasek & Paul’s James and the Giant Peach, Marc Shaiman & Scott Wittman’s Charlie and the Chocolate Factory and more.

Written by Elise McCann and Richard Carroll and Musical Arrangements by Stephen Amos, DAHLESQUE is Directed by Sheridan Harbridge and Ben Gerrard and Musically Directed by Stephen Amos (original presentation in Adelaide Musically Directed by Michael Tyack).  It has been performed in multiple formats including a 10 piece made up of tuned percussion and string quintet, through to an incredible Symphonic experience with a full 42 piece orchestra. DAHLESQUE is an evening of anarchic, outrageous, grotesque, moving, heart pounding, playful, rude and imaginative storytelling!

Buy your Album of DAHLESQUE HERE

“Her passion and control here through the first cabaret staple, the key change, signal we are in for a treat”

“The well-known music appeals enormously to children (many of whom delightfully mobbed McCann at the post-show CD signing), but the real-life aspects arguably have a cabaret rating.”

“…a wonderfully successful show.… Packed with “zozimus” (the stuff dreams are made of), Dahlesque is wildly entertaining in the hands of the captivating McCann.”

“Written by McCann and Richard Carroll, Dahlesque is fast paced, with plenty of fascinating facts … but the intrigue floats fluidly between the true tales, and the characters, words and imaginings of Dahl’s creations.”

“Dahlesque is an etymologist’s delight. McCann rattles off words created by Dahl with a charming ease.”

“Dahlesque takes you on a fantastical musical ride”

”Elise McCann is absolutely formidable as our enchanting host, showing off not only her witty humour and lovable charm, but also her spell-binding voice reminiscent of vocally-gifted Disney princesses.”

”The nine-piece orchestra are sensational, capturing youthful melodies straight out of children’s books through the perfectly suitable musical arrangements from Stephen Amos and musical direction by Michael Tyack.”

“Fans young and old can rediscover the magic of this wonderfully creative man (Roald Dahl) with the world premiere of ‘Dahlesque’.”

“Elise hilariously recounted stories from Roald Dahl’s incredible life. Each new anecdote allowed the audience to catch a glimpse of a previously unseen side of their favourite author and inspired a very extensive Google search by this curious fan.”

“(McCann’s) incredibly powerful voice commanded your attention, reverberating through the theatre with a force that seemed to defy explanation and I found myself wondering how such a strong voice could possibly emanate from such a petite young woman. Her impressive vocal range must be heard to be believed”

“Whether you were familiar with Dahl’s works or were just beginning to explore his world, ‘Dahlesque’ had something for everyone. A truly enjoyable experience.”

”This is a marvelous tribute to Roald Dahl, and in particular his extraordinary, inventive and imaginative command of the English language”

“The radiant Elise McCann takes us on a delightful journey through the life of Roald Dahl, heightened and punctuated by respective songs relative to Dahl and his work.”

“…this is a piece of magical theatre.”

“ (Dahlesque) complements and enlightens Dahl’s unique perspective of the world”

“Rather than mere storytelling, Elise McCann and her collaborators time and again poignantly reveal personal and all too human aspects of Dahl’s life, making him endearing as well as heroic “

“This delightful and charming tribute to Dahl is a terrific complement, adding a ‘Dahlesque’ magic to this year’s festival.”

“ A performance which is pure star-quality from beginning to end”

“A brilliantly conceived exploration of the quirky world of Roald Dahl”

“McCann held her audience entranced with her impeccable diction, both in word and song, and perfectly honed stagecraft.”

“Dahlesque is a magically conceived and presented show with special moments for every member of the family.”

“…a witty, stylish tribute to Dahl”

“McCann and Carroll have done a magical job”

“..flow(s) seamlessly in and out of anecdotes and paints surprisingly succinct yet insightful portrait of the man and his motivations.”