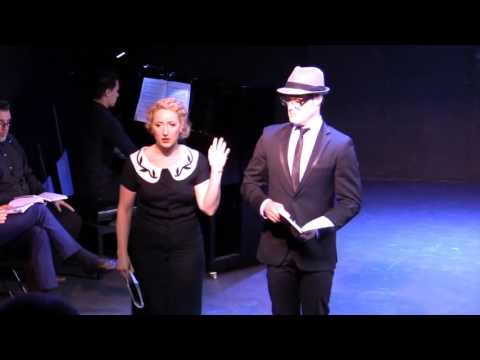 Elise starred as Sydney Carlton in the Neglected Musicals/Hayes Theatre co production of the Hal Prince comedy It’s a Bird, It’s a Plane, It’s Superman.  Directed by Stuart Maunder this 1966 Broadway Musical is the classic battle between good and evil by one of the comic world’s most renowned superhero’s, Superman.

Neglected Musicals presents musical theatre that has never, or rarely been seen in Australia for a strictly limited number of shows as a reading of the production with scripts in hand.  The original production of It’s a Bird, It’s a Plane, It’s Superman featured Music by Charles Strouse, Lyrics by Lee Adams, Book by David Newman & Robert Benton and was based on comic strip “Superman”.  It was Directed by Harold Prince and played at The Alvin Theatre on Broadway from March 29 1966 – July 17 1966.  The musical received three Tony nominations for Best Actor in a Musical, Best Featured Actor in a Musical and Best Featured Actress in a Musical.  With songs including We Need Him, You’ve Got Possibilities and It’s Superman

Elise was joined on stage in this production by Matt McFarlane, Lucy Maunder, Shaun Rennie, Andy Cook and Tony Cogin.