Oriel Group is a production house for Theatre, Film and Cabaret. Established in 2014, Oriel Group was created by company director Elise McCann to facilitate opportunities for Australian artists and creatives in bringing to life their passion projects. 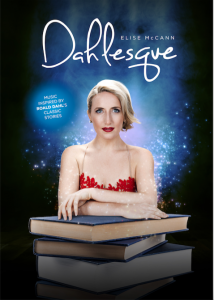 Elise most recently developed the world premiere concert/cabaret Dahlesque which premiered at the 2017 Adelaide Cabaret Festival in June 2017 featuring music from adaptations of Roald Dahl stories all played with a 9 piece orchestra. Dahlesque  was then re-orchestrated for a 40 piece orchestra ahead of its Melbourne premiere at the Malthouse Theatre with the Melbourne Symphony Orchestra in April 2018.  It is next playing in Auckland with the Auckland Philarmonic Orchestra in May 2019, followed by a season at QPAC in Brisbane with the Camerata Chamber Orchestra.  Dahlesque was released as an album of music with ABC Music/Universal Music in June 2017 and is available here. 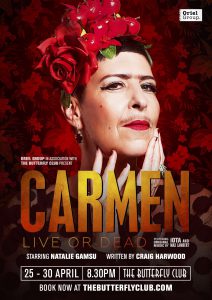 Carmen, Live or Dead underwent a two week development and a 6 show performance run at The Butterfly Club in Melbourne throughout April 2017 after which it underwent a second stage development in New York with writer Craig Harwood and dramturge Natasha Singha.  It had its official world premiere production in Sydney at the Hayes Theatre in April/May 2018, after which it transferred to the prestigious Adelaide Cabaret Festival in June 2018.  For more information visit carmenliveordead.com 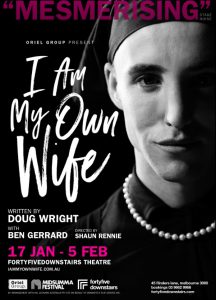 I Am My Own Wife

Oriel Group’s first independent venture was the critically acclaimed one man play I Am My Own Wife by Doug Wright, directed by Shaun Rennie and starring theatre and television star Ben Gerrard.  I Am My Own Wife ran a sell out season at the Old Fitz Theatre in Sydney in November/December of 2015 through which Ben was nominated in the 2015 Sydney Theatre Awards for Most Outstanding Lead Actor in a Play for his performance as Charlotte Von Mahlsdorf.  I Am My Own Wife opened in Melbourne in January 2017 at fortyfivedownstairs theatre as a Premier Production in the 2017 Midsumma Festival, receiving unanimous critical acclaim and box office success. Following which it toured to Brisbane as part of the MELT Festival opening at the Brisbane Powerhouse Theatre in April 2017 for a strictly limited sell out season.  IAMOW is about to commence a return Brisbane season at the QUT Gardens Theatre in October 2018.

Elise was co-creator in association with Luckiest Productions on Everybody Loves Lucy which premiered in Sydney, Melbourne and Adelaide in 2014, following which it embarked on an 8 week national tour in 2015 and a 3 month regional tour in 2017.